Prolotherapy has been shown to be an effective treatment for foot pain, injuries and plantar fasciitis

Chronic foot and toe pain is a common condition affecting approximately 75% of Americans at some point in their lives. Plantar fasciitis is a condition, sometimes referred to as, ‘flip-flop disease,’ presents persons affected with pain ranging from mild twinges to pains that can be excruciating and stabbing on the undersides of their heels – sometimes along the arches of their feet. The pain the person experiences tends to be worse in the morning and diminish throughout the day. The plantar fascia is a ligament that connects the heel bone to the toes. If there is a strain, overstretching or tearing of the plantar fascia it becomes weak, swollen and inflamed, resulting in “plantar fasciitis”. The most common complaint is pain and stiffness in the bottom of the heel. The heel pain may be dull or sharp, and the bottom of the foot may also ache or burn.

Turf toe, also known as “metatarsophalangeal joint sprain”, is a painful injury to the base of the big toe that typically occurs in athletes who play field sports, such as football, baseball or soccer. Turf toe describes an injury to the joint at the base of the big toe when an athlete forcefully jams the toe into the ground or backward, beyond its normal limits. The injury often occurs on a grass or artificial turf playing field which is why the name “turf toe” was adopted.

Prolotherapy, Platelet Rich Plasma Prolotherapy and Biocellular Prolotherapy have been shown to be effective treatments for foot pain, injuries and plantar fasciitis. 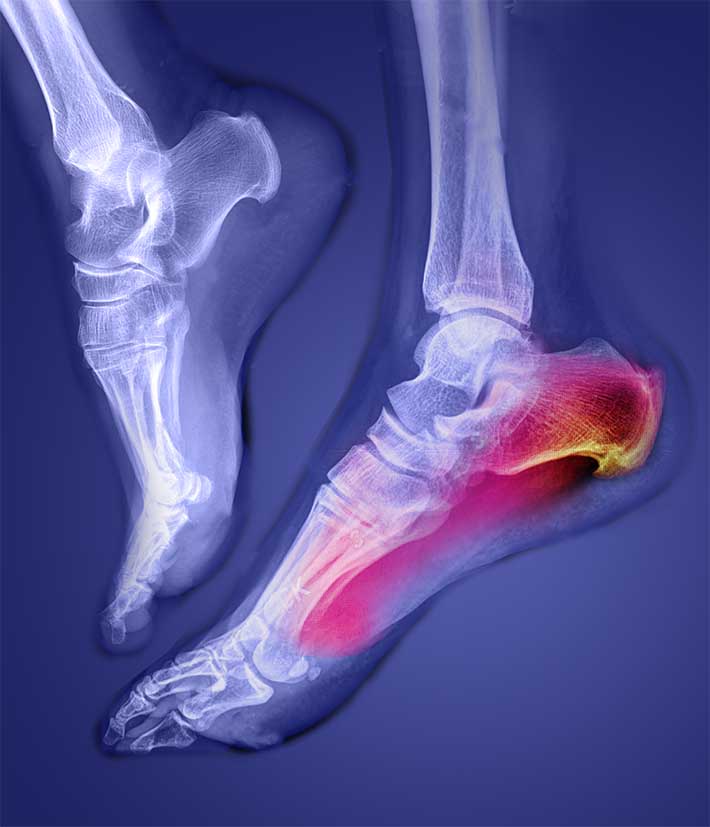 The science on prolotherapy treatments for the foot

PRP for chronic plantar fasciitis (2018)
In this study a significant number of patients showed improvement in symptoms and there were no complications. Symptomatic and persistent relief enabled the patients to perform their daily activities. It concluded that PRP injection may prove to be a superior alternative to the existing treatment options for chronic heel pain.

I played quarterback/receiver at University of Washington from 1990 to 1994, tight end for the Dallas Cowboys from 1995 to 1999 and the New England Patriots in 2000. I had a chronic case of “turf toe” for about six years. It is a really painful injury and it contributed to pain in my back, knees, and hips due to compensation. I could only wear certain shoes, and it bothered me to walk and while I slept. I had tried all the traditional treatments, including ice, stim, ultrasound, chiropractic, acupuncture, acupressure, orthotics, cortisone shots, and a variety of supplements, with little or no success. I constantly had to use anti-inflammatory medication to play because the pain affected my performance.”

“My chiropractor suggested I try Prolotherapy. I went through six treatments and have noticed a significant improvement in my condition. It is by far the best my toe has felt in years, and I only wish I had known about Prolotherapy while I was still playing football.”